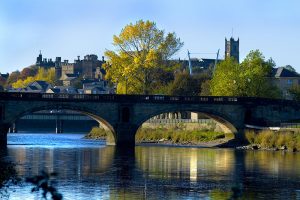 
Government support has just been confirmed for Lancaster’s proposed ‘Garden Village’, a collection of 3,500 homes to be built at Bailrigg near Lancaster University. Lancaster City Council is to receive £6 million to develop their plans and the project is one of 14 other ‘Garden Village’ proposals that have received funding nationwide.

The project aims to form a distinct community with its own communal facilities and green space but that blends with the wider area and preserves the character of Lancaster City Centre. Councillor Janice Hanson told the Lancaster Guardian: “This is a once in a generation opportunity to extend Lancaster’s housing supply in a manner which respects and reflects the ethical beliefs of the local community.”

Hanson is the cabinet member responsible for Regeneration and Planning and has taken into consideration local residents’ views on the location of the proposed residential site, emphasising that “designing it as a garden village gives us the chance to deliver this growth in a carefully considered approach, with the university campus and sustainable transport networks.”

There are hopes that this project will boost the local economy by bringing more business into the area and Lancaster University’s Vice-Chancellor, Mark E. Smith, is excited to see the positive effects the Garden Village will have on the Lancaster Community.